“La Isla Bonita Summer Festival” was born as a series of public art developed by Colombian-born, Staten Island-based artist Lina Montoya under her LMProject. The series aims to transform public spaces around the Island by involving community members in the process and continues to exist, with more than 10 pieces on display throughout the North Shore of Staten Island.

In 2015, LMProject and local arts collective ISLA, partnered up to create a Summer Festival in the North Shore of Staten Island with the help of the New York City Department of Parks and Recreation, Partnerships for Parks and California-based cultural organization Sol Collective – naming it “La Isla Bonita Summer Festival.” With the goal of building a yearly cultural happening which would celebrate Staten Island’s diverse and vibrant community, La Isla Bonita Festival's goal is to promote accessible, family-friendly local and global arts, culture and civic engagement for everyone to enjoy.

“People don’t think Staten Island is beautiful, but we want to celebrate the beauty that is here, in ourselves, our friendships and our community relationships. The ultimate goal for all of us is to create something that reflects us,” ISLA founder Nati Conrazon told the Staten Island Advance.

The festival also includes an art installation curated by LMP Project, with past installations ranging from hanging yellow butterflies to reflect the beauty and nature of migration to solar-powered lamps which have been installed in the various parks to an outdoor gallery of local artists showcasing their works. 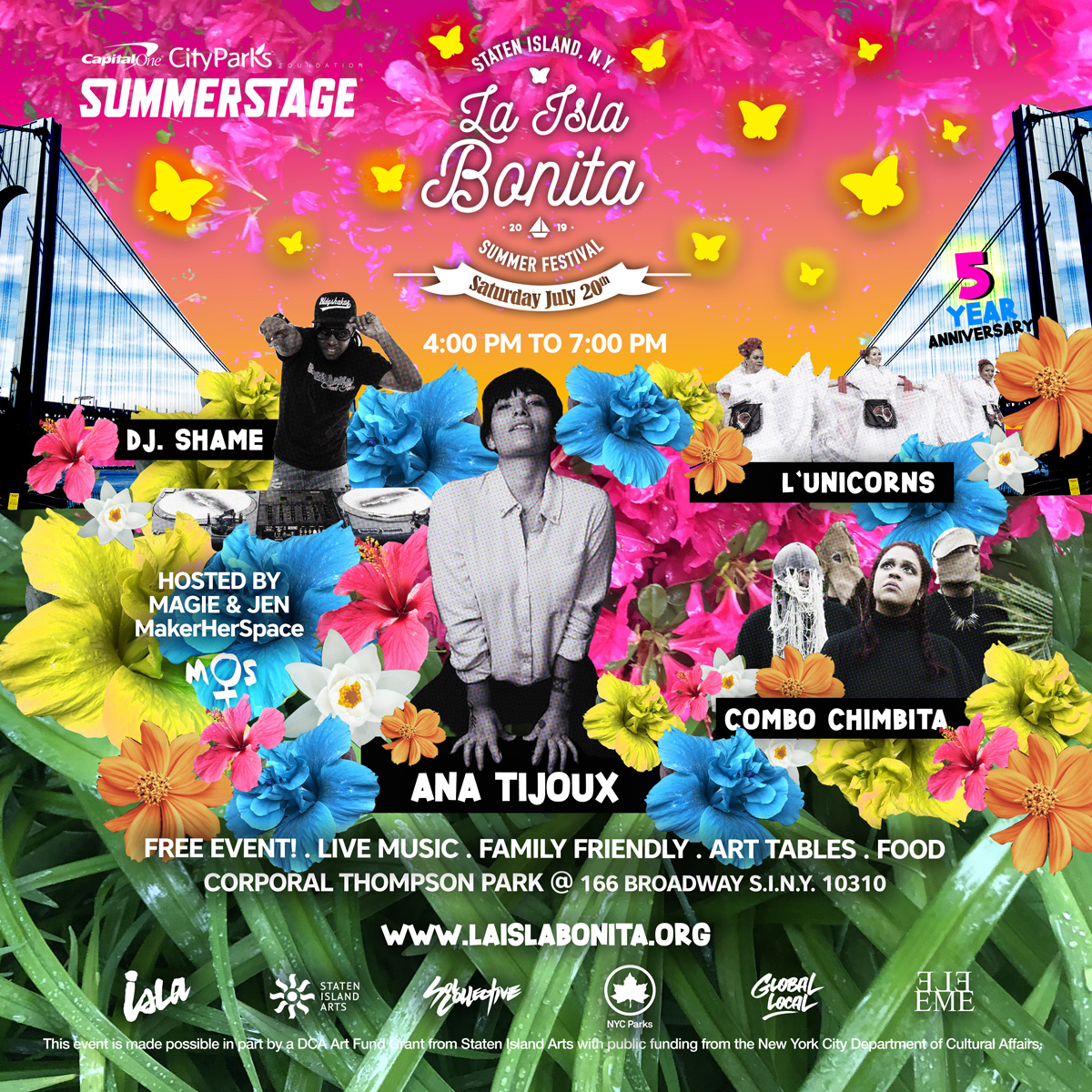 Community organizations from throughout the island and New York City are invited to participate in a day of summer fun – setting up tables, a "Staten Solidarity Promenade," to engage the public while they peruse the park and connect with others. All organizations working to empower, connect and unite Staten Islanders through arts, culture and activism are invited to showcase their work. Future installments of the festival aim to further demonstrate that “Local is Global” – that our futures are interconnected and interdependent – and through open dialogue and expression between different cultures, we can inspire new imaginations and possibilities.

"We're doing this because we want every day to look like this," festival goer Krystal Sanchez told the Staten Island Advance during 2016's festival. We couldn't have said it any better!